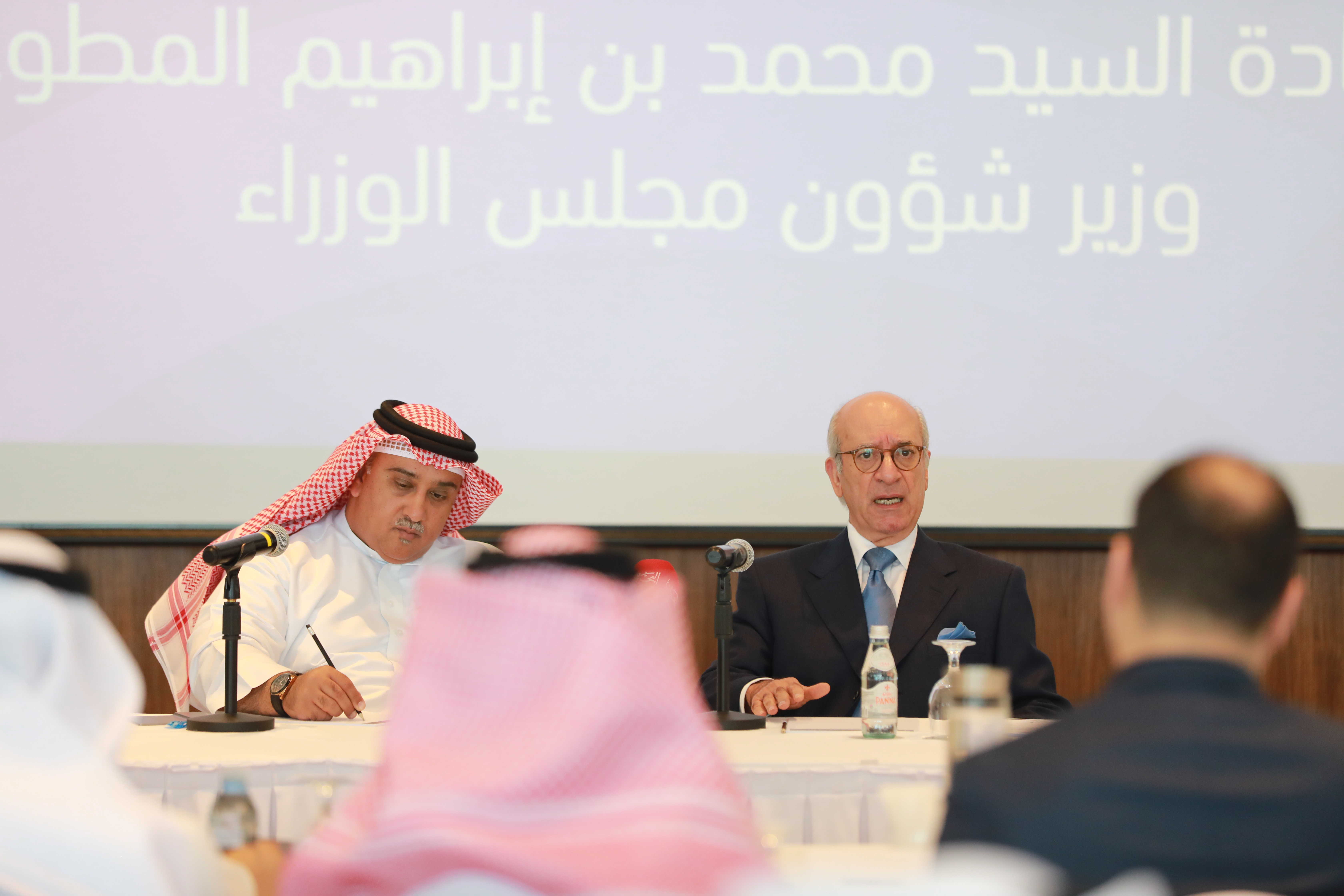 Minister of Cabinet Affairs: The next stage calls for keeping pace with the size of the changes in the requirements of government work towards achieving a comprehensive sustainability that lives up to the aspirations of citizens

His Excellency the Minister of Cabinet Affairs, Mohammed Bin Ebrahim Al Muttawa, affirmed that the next stage would call for keeping pace with the size of changes related to Government work in light of the status quo and the challenges faced by the public sector. He said that this will call for activating the latest trends in developing government leaderships and linking the process of development and government outputs with the engines of government work represented by the Government Action Program; the outcomes of Government forum, and the ambitious economic vision 2030 for the Kingdom, towards achieving comprehensive sustainability that lives up to the aspirations of the nation and the citizens.
His Excellency’s statement came during the lecture given by Mr. Mohammed Bin Ebrahim AL Muttawa to the participants of the leadership programs organized by the Institute of Public Administration, under the title “Government Program with in the Government Work System”.
Mr. Al Muttawa stated that the strategy to build National Leadership, established by the Institute for Public Administration can be considered a comprehensive road map to prepare and develop the skills of the National Cadres, who in their turn, are active contributors in achieving the foundations of Government work in the Kingdom of Bahrain. His Excellency added, that dedication of the efforts for the purpose of developing national leadership cadres reflects positively on the level of efficiency of the services and projects provided, which fulfills the aspirations and ambitions of the Nation and the Citizens.
For His part, His Excellency Dr. Raed Mohammed Bin Shams, the Director General of the Bahrain Institute for Public Administration (BIPA), explained that the participants of the National Program for the development of Government leaderships for 2019, were able to generate 128 National initiatives and projects.
He added these in combination contributed in the development of 49 government establishments by enhancing and developing government processes, re-engineering a number of processes, in addition to coming up with new governmental strategies, which have participated in the enhancing of government work outputs and raising the quality and efficiency of the services provided to the citizen. He further added that the Institute will continue its endeavors to provide a space where all government leadership cadres can meet in the Kingdom of Bahrain, in order to contribute to networking between various authorities and ministries for cooperation and discussions contributing to further generating projects keeping in pace with the developmental aspirations.
Dr. Bin Shams added that the program takes into consideration, in its design the rapid changes taking place in the field of public administration, which contributes to improving government performance and provides government leaders with the necessary tools to improve government outputs in accordance with better management practices and scientific methodologies. It is also designed to develop national cadres at all functional levels, which will develop strategic and operational processes to achieve institutional visions and aspirations.

Previous Post Dr. Bin Shams: the National Action Charter is the reflection of His Majesty the King’s comprehensive vision for the progress of the Kingdom of Bahrain to achieve the aspirations of the citizen first Next Post Institute for Public Administration (BIPA) intensifies its training programs and Electronic Learning during this current phase
Menu