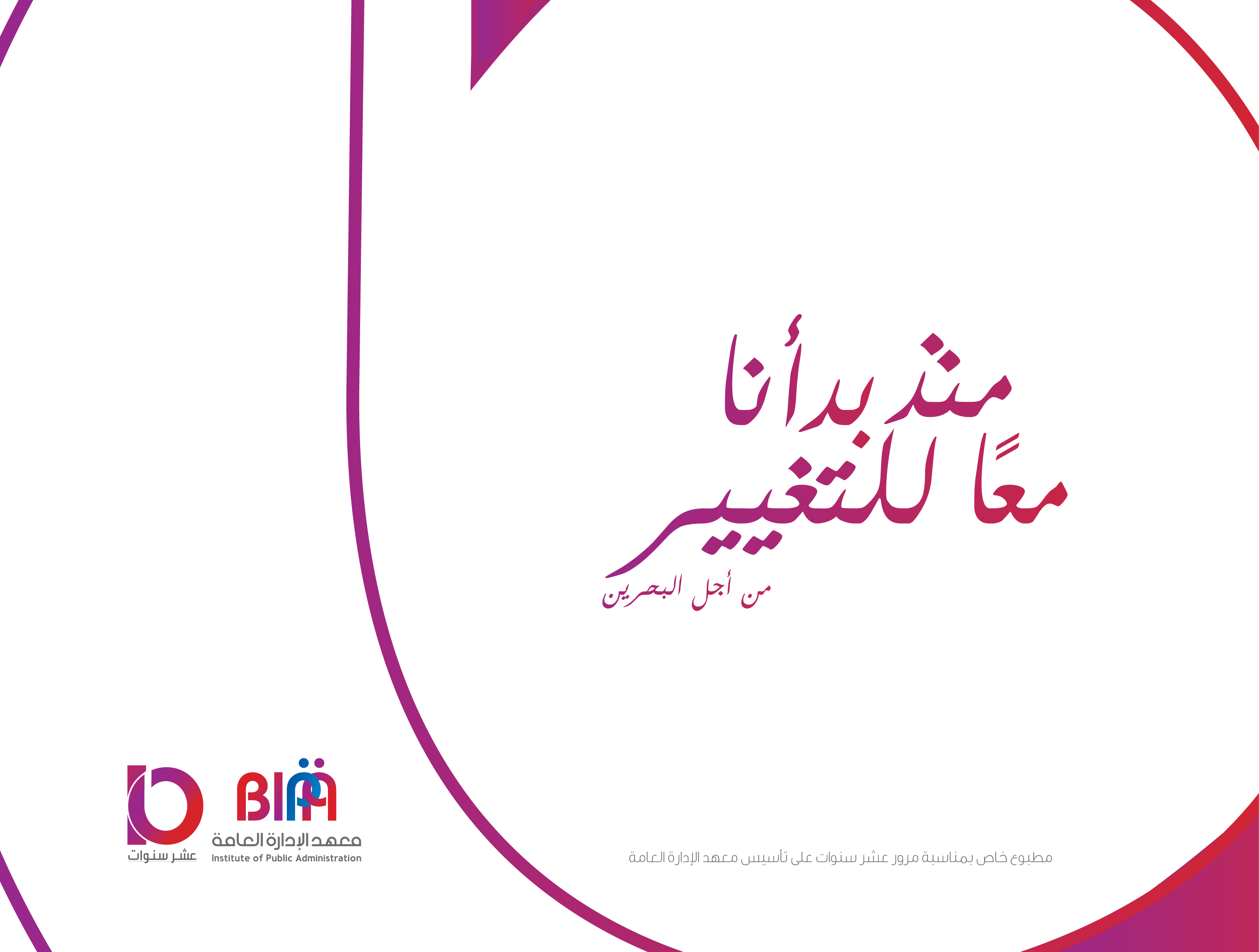 Bin Shams: “Our Partners’ Opinions Summarize the Influence of our Administrative Endeavor during a whole Decade”

On the publication of “Together towards Change for Bahrain” on the Institute of Public Administration (BIPA)’s tenth anniversary, Director General of BIPA, HE Dr. Raed Mohammed bin Shams, stated that the administrative experience in Bahrain for a whole decade would only bring its fruits with the good leadership and guidance of His Majesty King Hamad bin Isa Al Khalifa, King of Bahrain, and constant support of His Royal Highness Prince Khalifa bin Salman Al Khalifa, the Prime Minister, and assistance of His Royal High Prince Salman bin Hamad Al Khalifa, Crown Prince and First Deputy Prime Minister of the Kingdom of Bahrain. Such guidance, assistance and support aimed at reinforcing the government sector’s performance to meet the nation’s expectations and nationals’ needs. The publication covered almost 60 statements of our partners including senior figures, officials, trainers and executives of BIPA.

Bin Shams said that this publication reflects the deeply rooted belief in that BIPA’s achievements cannot only be evaluated in mere figures since BIPA’s services of qualification, training, counseling, research, assessment and guidance for the achievement of sustainable development have greater influence. He also highlighted the most significant features of BIPA’s achievements and positive transformations, which contributed to the enrichment of Bahrain’s sustainable development of public administration sector.

BIPA’s Director of Corporate Communications, Hassan Qamber said that on the anniversary of its establishment, BIPA launches a group of media activities that reflect the real achievements of BIPA during the previous decade starting with the promulgation of the Royal Decree on June 28th, 2006. He focused especially on this publication saying that it deals with BIPA’s mental image in accordance with BIPA’s various categories of members including senior figures, officials, trainers and executives. He stated that the publication begins with the decree of establishment, followed by an introduction by Director General of BIPA, HE Dr. Raed Mohammed bin Shams, where he summed up BIPA’s experience, challenges, difficulties and accomplishments starting from working under the motto of “Together for Change” all through the realization of the impacts. He said that the first part deals with the vision of the senior figures and officials including the ministers, undersecretaries, assistant undersecretaries, world strategic partners and BIPA’s members of the Board of Directors. The first part also reviews their vision of BIPA’s role in making change and accomplishing the ambitious vision. The second part deals with the opinions of the trainers whose cooperation with BIPA led them to share the same dream for change. Furthermore, BIPA’s executives have brief statements that show their personal accomplishments and experiences.

Qamber said that the final chapter lists the important achievements and events, which represented major points in BIPA’s history from 2006 to 2016. Since its inception, BIPA has prepared 407 research papers and provided 14 consultations and 1114 mentoring hours. Moreover, the number of trainees of the training programs and contracted, short and online training courses provided by BIPA amounted to 21,866.

Previous Post Bin Shams: “Bahraini Women are the Main Driver of Bahrain’s Development” Next Post BIPA ANNOUNCES REGISTRATION FOR EURO-MENA DIALOGUE ON PUBLIC ADMINISTRATION TO BE HELD IN THE SULTANATE OF OMAN
Menu